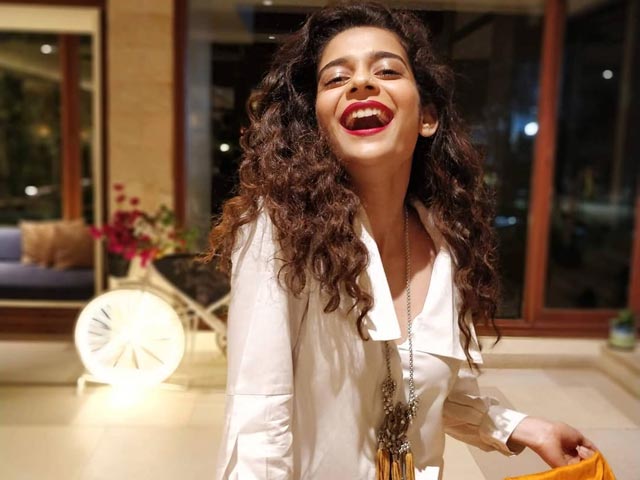 I’m sure that all of us remember the cute, curly-haired girl Meera Sehgal in “Girl In The City” (2016). Well, she’s Mithila Palkar, and she has established herself as a successful actress who has acted in many movies, television and web series. She has acted in various popular web series such as “Little Things”, “Official Chukyagiri” and “Little Things 2”, which are widely available on Bindaas, Netflix and Pocket Aces.

Though Palkar was involved with stage work right after her schooldays, she decided to start her own YouTube channel under her own name. She had a massive breakthrough when she uploaded her version of a ‘cup song’, titled “Hi Chal Turu Turu” in 2016. She credits the inspiration of the song to Anna Kendrick’s “Pitch Perfect” (why is she believes that opportunities are available everywhere). She rose to prominence overnight as the song went viral on YouTube with more than four million views.

Soon, she started getting movie offers and soon debuted in the Marathi comedy-drama “Muramba” as Indu. She has also acted in Bollywood movies such as the comedy-drama “Katti Batti” and road film “Karwaan” opposite Dulquer Salman and Irrfan Khan. She has received a great deal of appreciation for her portrayal of Tanya… come on, who can resist those childlike expressions?

Today, Palkar is anticipating the release of her upcoming movie “Tribhanga”, which would be directed by Renuka Shahane. Shahane was last seen in the Marathi movie “Rita”, and “Tribhanga” would be her first Hindi directorial debut. Palkar will be working with Shabana Azmi and a third protagonist that has not been finalised as of now. The family-drama revolves around the lives of three generations of women, which will be played by three different actresses.

Apart from that, Palkar has been working on a series of different projects on Netflix. “Little Things” is a light-hearted story of a modern-day couple set in urban Mumbai, where Palkar is seen opposite Dhruv Sehgal (who is the writer of the series as well). The project had started as a YouTube series but is currently celebrating its second season on Netflix. Celebrating ‘romance in the age of hook-ups’, Palkar confesses herself to be an old-world romantic, who believes in ‘love letters, flowers and sweeping gestures’ (awww!).

This is the MOST thoughtful gift I have ever received! Ever! Thank you @filtercopy for all the love and celebrating the #Muramba success with me! I'm finally going to learn an instrument. Step one for which is now complete @aditi_no_filter and @ashwinsuresh you guys are the best!!!! #Ukelele ♥️

Quite a musical person at heart, Palkar enjoys singing and percussion (playing with the cups and table…rings a bell?) and she seems to be totally in love with her ukulele. She played the instrument with the band Curls And Beard in her rendition of a mashup cover. Palkar had sung the Bengali song “Jaao Pakhi Bolo” and her pronunciation was hugely praised by her fans, and we agree to that big-time!

For obvious reasons, Palkar has received her share of love and fame from the audience. She has been featured as one of the top five icons on MensXP, which clearly proves her mettle in impressing her audience through her acting skills. Did you know that she has also been felicitated as one of the ‘young achievers’ in Forbes India’s ‘30 Under 30’ list in December? And if that’s not enough, she has also been felicitated in GQ India’s ‘50 Most Influential Young Indians List’ in November 2018. Wow, that’s some recognition!

Thus, it’s safe to say that Mithila Palkar is currently in a very happy space. Pursuing her love for acting, singing (and trying out musical instruments), she sure loves to be adventurous and creative in her own way. Living the life of dreams, here’s to wishing Miss Palkar all the best for her upcoming projects!