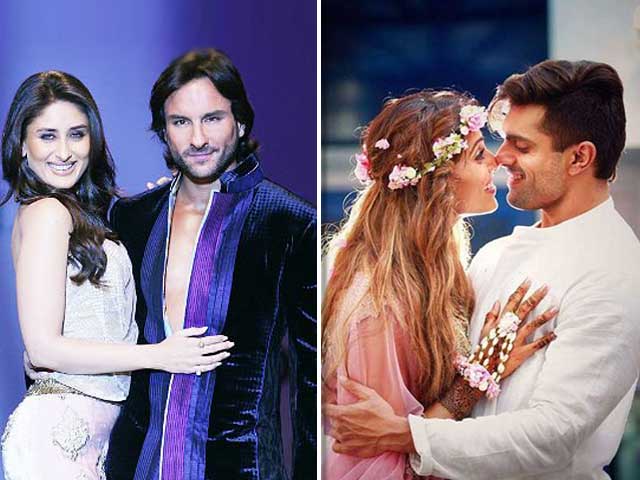 The best part of a relationship is the wooing. Proposals are meant to sweep you off your feet. Some celebrity proposal anecdotes are a treat! They will set major goals for you. Some are very grand while some are simple and low key but beautiful nonetheless. So, today being Propose Day, if you are hunting for ways and ideas to woo your special someone, check the examples of how some of the most renowned celebrities around the world have expressed their love.

This Ocean’s Eleven superstar planned a majestic proposal for his sweetheart Amal whom he has been dating since 2013. They met at a dinner party and the rest as they say “is history”. This is what he has to say about their picture perfect moment , “And then over champagne, after dinner, I told her there was a lighter to light the candle in the drawer, and she reached back and pulled out a ring”. And that’s not all. He even got down on one knee! That’s like setting the bar a bit too high, isn’t it?

We all have been rooting for this royal couple since Saif tattooed her name on his arm. And if you thought that was romantic, wait till you hear his proposal story. Saif took the statement “we will always have Paris” a bit too seriously and proposed to his lady love in this romantically thrilling city just like his father did. Kareena made him wait but finally said yes after two days. Well, we don’t call her the Queen of Bollywood for no reason!

This is perhaps THE proposal of the century. Kanye booked AT&T baseball park for Kim and her family (hiding in the dugouts). He proposed to her with a 15 carat diamond ring with an orchestra playing “Young and beautiful” by Lana Del Rey and the score board reading “Please marry me!” Well, no one could have said no to a royal proposal like that. Men are you reading?

We have all been a little envious of their love affair. Their social media is replete with pictures of each other holidaying leisurely. They were in Koh Samui on the 31st of December when Karan popped the question while she was gazing up at the fireworks. Karan says she was definitely taken aback and she said “Okay”. But we all know how well that okay turned out!

Celeb proposal stories are so beautiful, they make you wanna propose to someone right away. If these stories have taught you anything about proposing, then do it in style. Add originality, be who you are, and the rest would be…you know what I mean (history)!

Read Also: It’s Happy Propose Day Today, So If You’re Daring For It, All The Best

Rajini – Cult: Raising A Toast To His Godly Stature