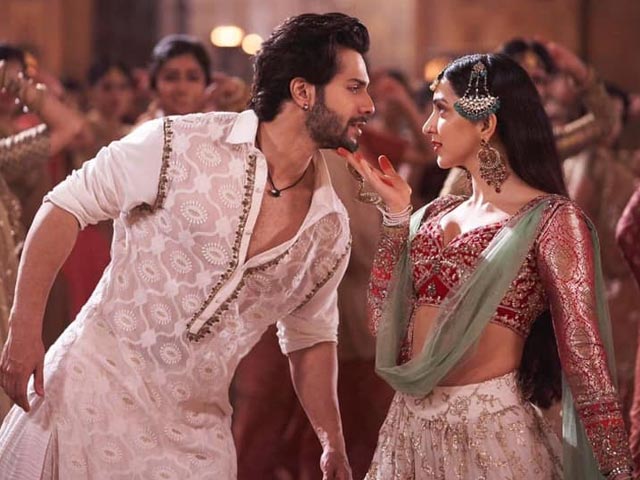 Actor Varun Dhawan never misses an opportunity to impress the viewers with his stunning performances. The very talented actor was last seen in the movie “Sui Dhaaga”. In the month of April, the actor is said to be seen in the movie “Kalank” and he is all geared up!

“First class”, the second song from the movie has been released recently and that stars the beautiful Kiara Advani and the song showed the spectacular chemistry between Varun and Kiara. The song First Class actually throws light on Varun Dhawan and his role in the movie. The song is sung by Arijit Singh and Neeti Mohan and is choreographed by Remo D’ Souza. The lyrics are by Amitabh Bhattacharya. The chemistry between Kiara and Varun is extremely notable, so much that the video achieved over 30 million views in a single day.

The two talented people seem to have this immense chemistry and coordination and so the viewers and fans believe the duo are going to put up an excellent performance in the upcoming Kalank.

Just as the fans were going gaga over this sizzling new pair, Kiara recently shared a dance video on social media with actor Varun Dhawan on the song “Sun Sathiya” from movie ABCD 2. The video is just a rehearsal but it’s going viral on social media as their sizzling chemistry is so eye-catching that one just cannot stop viewing it. The video of Kiara and Varun, rehearsing on “Sun Saathiya” emanates inexplicable chemistry and coordination of these glamorous people and that is why it has become so popular and sought after video.

Kalank is said to be a drama film, all set to hit the screens on April 17, 2019. The movie is directed by Abhishek Varman and produced by Karan Johar. The movie stars Varun Dhawan, Madhuti Dixit, Alia Bhatt, Aditya Roy Kapoor and Sonakshi Sinha as lead roles. Apart from the recent release of First Class, the movie’s other songs like Ghar More Pardesiya and title track Kalank Nahi Ishq has also become quite popular among the fans.

The boys are back in town #streetdancer3d. The energy,passion,blood and sweat we gonna give it all

Varun is also said to be making preparations for his next movie “Street Dancer” which is the third movie after ABCD and ABCD 2. It will be yet another collaboration of Shraddha Kapoor and Varun Dhawan.

Meanwhile, Kiara is all geared up for Arjun Reddy’s remake film, Kabir Singh with Shahid Kapoor on the lead role.

As the fans are excited for the upcoming movie, let’s hope we get to see more of the chemistry between this two people that would yet again hit the popularity chart!

Here’s The Full Update On The Anushka Sharma and Litterman Story!