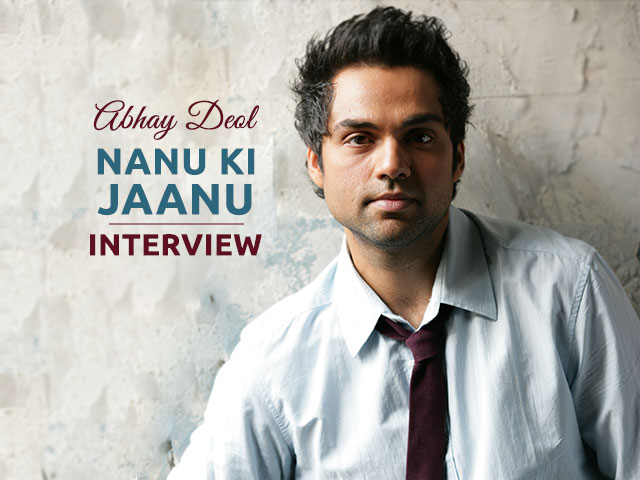 In Nanu Ki Jaanu, Abhay Deol plays a character Nanu who resells people’s homes for more money. He is a criminal until a ghost enters his life and that makes it difficult to commit more crimes since the ghost scares him out of his wits! However, looking at this actor with a really sexy dimple on his cheek, he looks more like a heartbreaker than a criminal! So, how does he do such roles with so much conviction? How does he choose his films?

In an exclusive conversation with HotFridayTalks.com, Abhay Deol tells us all.

Did you say ok to Nanu Ki Jaanu because you had worked with the team earlier or because you liked the script?

Working with same people is great if you get along with them, I had great memories of the team when we worked for Oye Lucky Lucky Oye. I was only hoping the script is something I like and sure enough, the script was something I did like. I go for stuff I can understand and relate to, this did relate to me. The challenge of making a horror comedy was what attracted me to do this film.

Why do you take long gaps between your films?

I’d like to be more prolific but it doesn’t happen. People do approach me but it’s tough making an independent kind of film. You may like the film but it may have a debut producer or a debut director making it and since It’s a market-driven industry and it becomes difficult especially when you are working with people with no track records. It becomes difficult to sell the film. Basically, it is tough getting a film out there. By nature of what I do, it becomes slow in the making. But in the past one year, I have done 5 movies, 2 main leads, 3 character roles in multi starrer movies and signed 2 movies this year.When I was doing films like Dev D and Manorama Six Feet Under, people were not ready for out of the box kind of movies but today such films are being appreciated and that’s the reason I have been saying yes to a lot more scripts now.

What makes you choosy about the kind of films you do?

The reason why I am choosy about the scripts because, with every film you do, you are making a statement.While I know money is important, I have to also believe in the things that I do. But I am open to people convincing me. When I go to do a film, I go with the understanding that I don’t know it all. When someone comes very sure of themselves, it is good but they can be wrong. It’s not that I go with my own beliefs. In the past too I have done films that I necessarily might not have really related to but those films did ok. I have rejected some films that I thought were mediocre and when I watched them too they were actually mediocre but those films did well! But I have no regrets, it was still a mediocre film. I don’t care if it’s being embraced by the whole public but that was not me or maybe it wouldn’t have done well if I was in it, who knows?

You’ve never been bothered by box office numbers, why?

I do not take any pressure of box office. I am not here to be in a rat race, I am not competitive at all, I am not here to be a star or be in the top ten. I would only care about that stuff if being any of that would get me my next movie if doing that formula film is going to keep me in the business. That is the only reason I would do them is to survive. But if I somehow create a niche for myself, that can co-exist with Bollywood and constantly be delivering, then that would be my ideal position. I would never be a number one or a huge star but I would never go down either. My belief has always been what I can do, you cannot, and what you can do,I cannot! If we all have that mentality then each of us has that space.If we had that kind of a world we would have more variety. But we don’t live in that kind of a world, we live in a world that believes in the commerce and business more than creativity. That is also the reason for the Happy Bhaag Jayegis and Nanu Ki Jaanus, they help pay for the Shanghais and the Manoramas!

How do you think you have changed as an actor over the years?

I am a lot more secure than who I am. That helps me become more productive in every way, it has helped me entertain one and all. I just hope that I will be allowed to do what I do.

What are some of your insecurities?

You want your films to release well. You have to give it your all, your best. If it isn’t released well, marketed well then that’s an insecurity that it might not do well even after putting a good product out there.This was a lesson I learnt through Manorama Six Feet Under, we made a good product, it became a cult hit on DVD but Shemaroo did not market it well, they did not have the ability or the desire to release that film well and the film suffered at the box office.So the insecurities are more to do with how my films are going to be released. The game has become even more difficult today.That’s also the reason everyone wants to work with an established producer because they know that they will release the film well. That’s a risk I take all the time because the kind of subjects I do is not supported by the powers I am speaking about because it was too out of the box for them.

Read Also: Where Was Abhay Deol Hiding All These Days? 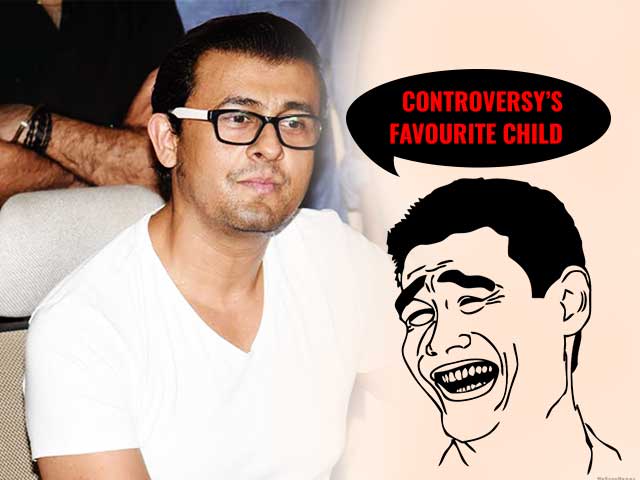