HotFridayTalks
Home Celebrities Here’s The Reason Why Actors Like Vivek Oberoi Fail Miserably In Their... 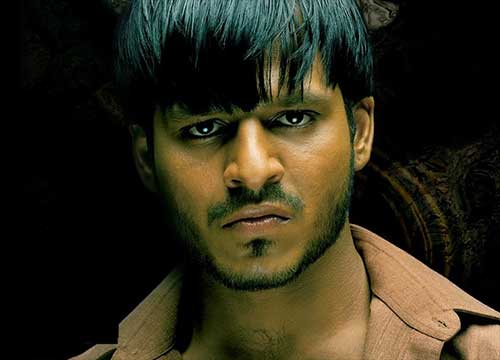 Actor Vivek Oberoi’s recent tweet, in which he made jokes at the expense of Salman Khan, Aishwarya Rai Bachchan and her husband, Abhishek Bachchan is one of the most disgusting levels of publicity stunts by an actor, Why I say disgusting is because while Vivek has made a dig at his fellow actors, he has stooped to the lowest level by using a photograph of Aishwarya and Abhishek’s little daughter Aradhya too! For an actor who is a father of two little children himself, it only proves that some can go to any lengths for publicity, which in turn shows their true caliber as an actor too!

Well, it’s not just me but a whole lot of people who have shown their anger and disgust at what he did. The picture that Vivek tweeted is a collage, which has three images; the first shows Aishwarya with Salman Khan, the second shows her with Vivek, and the third shows her with Abhishek and their daughter, Aaradhya. The captions for each of the three images read, ‘opinion poll’, ‘exit poll’ and ‘result’, respectively. Sharing the meme on Twitter, Vivek wrote that there’s ‘no politics here, just life’.

While Vivek might have found it funny, people have definitely not and he has garnered a lot of hate for himself. Coming from someone who has had the finest education at Mayo College in Ajmer, and probably a good upbringing too, what is it that makes these actors stoop so low? Is it their insecurities as an actor? Or their incapability to give hits or the lack of work?

The tweet comes just a few days before the release of his film, Narendra Modi, which releases on 24 May. The release of the film was postponed from 5 April because of the Lok Sabha polls. The film will finally see light this month end. Is Vivek Oberoi already worried and shaken up with the kind of response that even big banner films have been getting at the box office in the last few weeks? Looks like Vivek was unsure of his failing career and also the fate of his upcoming film, hence he had to pull such a cheap stunt!

It’s a shame that actors, who millions of fans look up to, stoop down to such levels when they should be the ones setting an example! Time you grew up and started acting a little more mature and responsible Vivek Oberoi! It’s also time you put the same kind of effort in your acting, like you have in retweeting what according to you was a ‘creative tweet’ with the picture of a little girl included in it! Shame on you!

Here’s How Shraddha Kapoor Is Sweating It Out For Saina Nehwal...