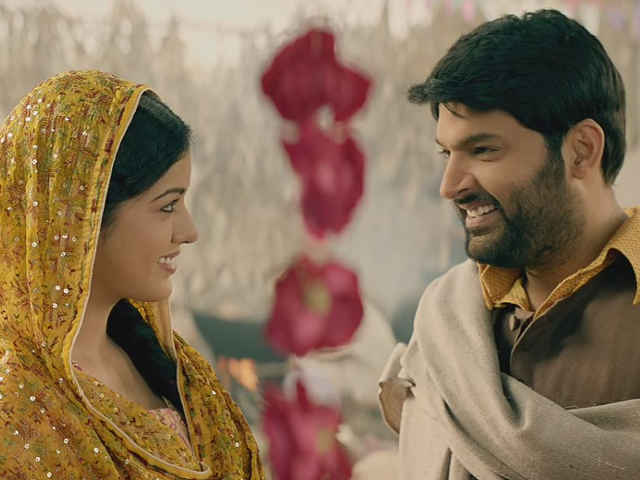 So my worst fear did come true! When I got an invitation from the PR to interview Kapil Sharma for his first home production, Firangi, I was a little hesitant. I thought that it would be tough to ask him questions with a straight face knowing his sense of humor!

I reached the venue to find him surrounded by a huge group of journalists attentively listening to what he had to say. While I waited for my turn to interview him, I pulled a chair and sat nearby with a few others who were also waiting to interview him. After every two minutes, I could hear the group sitting with Kapil laugh out hysterically!

Finally, it was my turn to interview him along with a few others, we pulled our chairs around the table and made ourselves comfortable while Kapil went out for a much-needed cigarette break. He came back, greeted all of us and we started with our questions. He started on a serious note but as he got talking, he came back to what he knows best, being funny! When a fellow journalist asked him about what kind of a relationship he shares with his mother, he looked at her with a serious face and answered, “My relationship with my mother is….(a long pause) just like a mother-son relationship!” He said all that with a serious and straight face while the rest of us couldn’t control our laughter! However, at times Kapil did seem a little distant and lost in his own especially when he was asked questions about his struggles as a young boy. He said, “I never have the time to ponder about my past but it’s when I am asked questions like these, everything comes flooding back.”

“I told my Mom that TV and Cinema Industry in on a strike!”

Kapil who’s just back from a spa in Kerala where he had gone for treatment told us about how he had a tough time especially with the food at the spa, but he added that it was worth the time and money as he felt better and rejuvenated. Kapil who is very close to his mother told us that his mother has been asking him why he hasn’t been going for shoots, with a naughty twinkle in his eyes he shared that he has told her that the film and TV industry is on strike! “She believed me! And she has also been going around telling her friends the same, “ said Kapil.

To know more about such interesting incidents and our conversation with Kapil, read our full interview right here soon!

Guess What Armaan Malik Gifted Himself On His Birthday Today?