HotFridayTalks
Home Celebrities Here’s All You Need To Know About Karan Kapadia And His Debut... 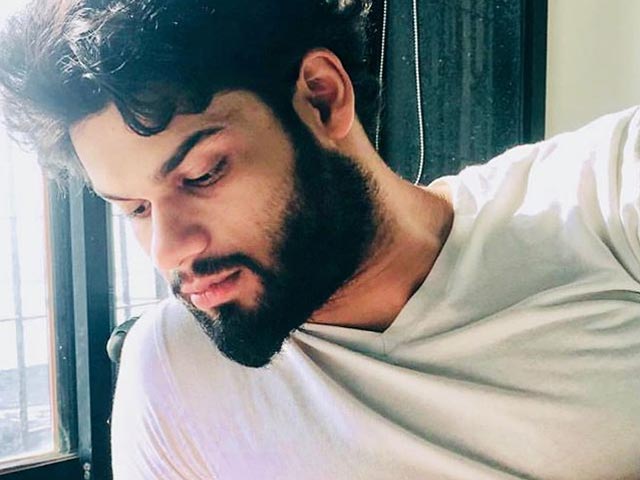 If you’ve been following the latest news from Bollywood, you’ll know that Karan Kapadia will be making his debut
soon. For those who haven’t heard of him, he is the nephew of the yesteryear diva Dimple Kapadia and cousin of actress Twinkle Khanna. He will be first seen in the action-thriller movie “Blank”, in the role of Hanif. Apart from Kapadia himself, the movie stars Sunny Deol, Karanvir Sharma, Ishita Dutta, Jameel Khan and Akshay Kumar in a special appearance.

According to the latest reports, Kapadia’s character Hanif is an alleged suicide bomber. He is arrested by ATS
Officer SS Dewan (which is played by Sunny Deol) and will be interrogated for terrorist activities. However, Hanif is seen to have lost his memory after he has a car accident. The movie was made on a small level, but it has attracted a great deal of star power due to Sunny Deol and Akshay Kumar. As a suicide bomber, Hanif has a bomb (code-named “DMS”) that is attached to his chest and is connected to his heartbeat. Being so, once Hanif’s heart ceases to beat, the switch would activate twenty-four other bomb devices in and around the city. The movie begins with Kapadia landing in hospital and being captured by the police, which instantly attracts the curiosity of the audience. In the end, we find out that Hanif has turned to the world of crime to avenge his father’s assassination.

At a special screening attended by stars, Kapadia has received appreciation for his role as Hanif. He says that
this being his debut movie, he needed a director who is new to the industry as well. The screening was attended by aunt Dimple Kapadia, cousin Twinkle Khanna, and Akshay Kumar. They have appreciated Kapadia for his performance, and have posed together for the paparazzi as well. They have taken to posting encouraging statements on their social media accounts to wish Kapadia all the best for his movie. Guests such as Shrishti Behl Arya, Tusshar Kapoor, Abhishek Kapoor, and Jackie Shroff were invited for the screening as well.

Apart from Karan Kapadia’s role, Akshay Kumar is seen in a cameo song by the name of ‘Ali Ali’. The song is sung by B Praak and Arko Provo Mukherjee, who has composed the song with Adeip Singh. The song has received appreciation from the audience as well, with more than 1.4 million views on YouTube.

The Best Movies of Zarine Khan