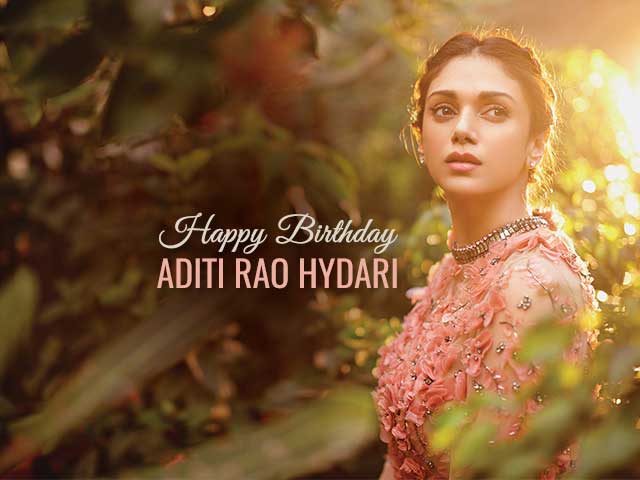 She impressed us this year with her outstanding acting skills in Bhoomi. She’s not only one of the most gorgeous faces in Indian cinema but she’s also the favorite cover girl of India and she’s every photographer’s delight. Here’s why:

Aditi Rao Hydari became the first Bollywood actress to be featured on the cover of the Man’s World magazine. She was featured as the cover girl in the June 2107 Issue, where she not only looks stunning but sports a new hairstyle with bangs and is seen wearing a pair of blue culottes with a sheer lacy bodysuit. You could say she totally slays it!

She looked every bit the royalty that she is on the cover of the March 20017 issue of Harper’s Bazaar. She gave a new meaning to the boho bride and added a whole lot of freshness to the cover. She also made the nath, manage tikka and hath pool look so cool.

In the 2017 Khush Wedding Issue, she makes the traditional wear look uber cool. She looks royal and stunning in the lehenga she wears for this cover photo and it seems she was excited about the cover too as she shared the picture of this cover on Instagram and said: “Thank you @khushmag … my first cover with you!!! So much fun… you’re all the sweetest and you spoilt me silly!”

In the 2017 May Femina Magazine cover, she looks fresh in the sunny yellow. The dress compliments her bright personality. She makes even those frills look fancy!

If you thought Aditi looked good only in traditional royal outfits, you must check out the cover of the 2017 Cosmopolitan issue where she looks super hot and sexy. Only she can make sexy and hot look royal and elegant.

Aditi Rao Hydari was not only the face of Vogue Wedding Show this year. but also on the cover of the Vogue Wedding Book 2017. She looked stunning as a contemporary bride. Aditi impressed us once again and there could have been no one better than her to carry the Manish Malhotra attire with so much grace and ease than her. Honestly, we haven’t seen a more beautiful bride, have we?

Ever Met the Duplicate Celebs By Chance?