HotFridayTalks
Home Celebrities Guess How The New Look Of The Thalaiva Will Be? 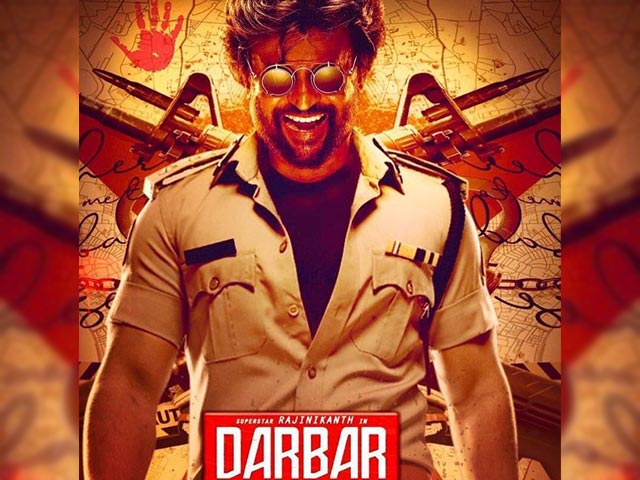 Even at the age of 68 years, legendary actor Rajinikanth proves time and again that age is nothing but a meager number for him. The superstar is a constant inspiration for all those who want to rise high up the ladder of success in the world of glitz and glamour.

Rajinikanth is indeed a superstar for even after ruling the center stage for a considerable amount of time, he has not let his age or other upcoming actors overshadow him. He is the true Thalaiva and he does not seem to be stopping. His career is at an all-time high. We saw how he rocked the silver screen in Petta and in 2.0 and we were getting over the aura of the boss when he came up with another surprise for all his fans, spread all across the world.

Rajinikanth is all set to go for AR Murgadoss’ next movie, which has been titled Darbar. This will be the Thalaiva’s first film with AR Murgadoss and the poster of the movie have created quite an obvious ripples all
across the internet. It is only the first look of Rajinikanth from the movie and it has already got the fans all excited about it.

The poster of Darbar depicts an elated Rajinikanth in goggles, which ooze out endless swag. The poster reveals the film to be a cop drama and it is none other than the Thalaiva who will play the cop. The poster is an interesting amalgamation of everything that the life of a cop revolves around. With Rajinikanth dazzling the center of the poster, it has a police dog, a few guns, the belt of the police, a crime scene tape, a badge, and a handcuff too. The Gateway of India forms the background of the poster, which gives us an idea that the Thalaiva’s antics this time will take place in the glorious city of Maharashtra.

The movie was earlier called Thalaivar 167 and has been now renamed as Darbar. The movie will see Rajinikanth being paired opposite to the famous actress, Nayanthara. This will be their third movie together after Chandramukhi in 2005 and Kulesan in 2008.

More than anything else we are all too excited to see Rajinikanth play the role of a cop in Mumbai. It was in Kaala when we had seen him play the role of a don with a good heart from the slums of Dharavi. This time it he will walk into the shoes of a cop and we are sure that it is going to be nothing short of amazing.

We all read about think about anything surprise on first look #Thalaivar167 #Darbar pic.twitter.com/u5nKzbJrte

The poster also comes with an interesting punchline, “You decide whether you want me to be good, bad or worse.” Now that calls for some serious excitement about what the movie is going to be. It’s going to be a great hit, there is no doubt about that but we are all eagerly awaiting the arrival of the Thalaiva as a cop after twenty-five years.

Darbar will release sometime around Pongal 2020.

#StopFakeNewsAgainstSRK – Here’s How Mammoth Fanbase Stands By Shah Rukh Against...