HotFridayTalks
Home Celebrities From Sara Ali Khan To Kareena Kapoor Khan, Why Is Everyone ‘Fida’... 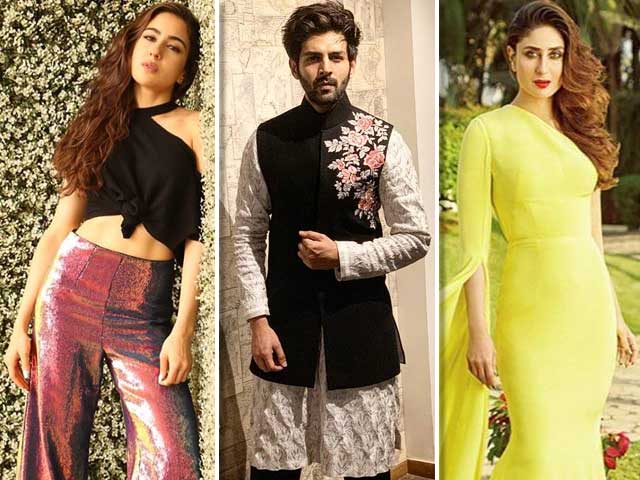 The Pyaar Ka Punchnama star and heartthrob is creating some serious “hungama” in B-town especially in the lives of the female Khans and Kapoors of Bollywood. By now even an adolescent knows that Sara Ali Khan is crushing hard on this absolutely gorgeous actor. And if you thought Kartik Aaryan and Sara Ali Khan would make a good pair, what are your thoughts about Kartik Aaryan and Bebo? No, we are not kidding. Kartik Aaryan reportedly confessed about his crush on Bebo. What is this crazy, typical Bollwood love triangle?!

Sara Ali Khan whom we adore for her spontaneous performances, has gone on records several times confessing how she would want to date Kartik Aaryan and how she endlessly blushes when talking about him is what we love about her. But looks like, Aaryan likes elder Khans better. After having walked the ramp with the queen of Bollywood, Kareena Kapoor for Manish Malhotra in Singapore he admitted to having a crush on her. Because of course, “kaun ho sakta hain jo Kareena ko mudke dobara na dekhe!” The audience after having witnessed the good looking couple on the ramp now wants a movie starring the two. Sara Ali Khan will be very upset. Bebo is stealing the important men in her life!

Who else but Ranveer Singh did decide to take the matter in his hands and introduce Sara Ali Khan to Kartik Aaryan and while that clip is something very adorable how can we forget how Kartik was flirting like a pro with Kareena in that show’s after party while singing “ban ja tu meri Rani” to her. Saif, you gotta take care of your women! While we are secretly rooting for Kartik Aaryan and Sara Ali Khan we also cannot stop gushing over the chemistry between Kartik Aaryan and Bebo.

Clearly, there has been an interesting turn of events in B town. Rumor has it that Kartik didn’t get a Khan but a Pandey. Yes, reportedly he is dating Ananya Pandey who is all set for her Bollywood debut “Student of the year 2” alongside Tara Sutaria and Tiger Shroff. But don’t be disappointed Sara Ali Khan. It seems Kartik has already rubbished that dating rumor as of now! Just because there’s a goalkeeper doesn’t mean that you cannot score a goal. And you are setting major goals for every millennial girl out there!

Kartik on the other hand clearly knows his way around not just women but his profession. He has a few major upcoming projects –Luka Chuppi, a romcom alongside Kriti Sanon. He is also reportedly playing the lead role in Kirik Party- a remake of a 2016 Kannada teen comedy. Reportedly, he will star alongside Ananya Pandey for a remake of Pati, Patni Aur Wo. We wish him all the luck in the world.

What Is The Former Miss World Diana Hayden Up To?