HotFridayTalks
Home Celebrities From Sanjay Dutt To Ranbir Kapoor Hear What These Stars Have To... 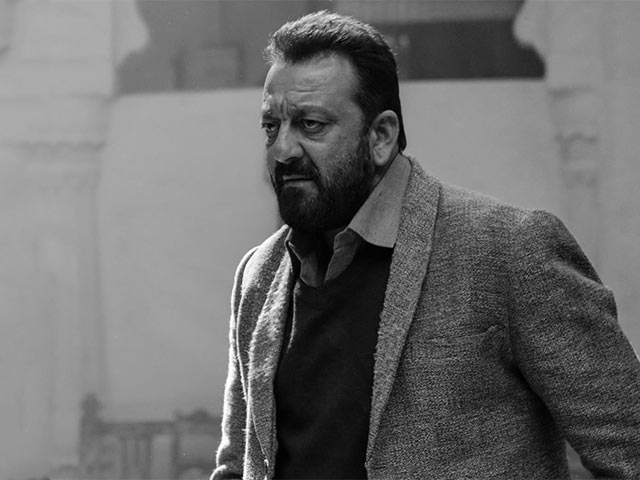 Being a drug addict is not something to be proud of. It’s not something that people can boast about or should boast about. It also takes a whole lot of courage for someone to come out in the open and admit that they have been addicted to drugs of any kind. Some of these Bollywood stars whom the fans idolise have taken the courage to come out in the open to speak about it so that nobody goes through the ordeal they have been through while being addicted to drugs.

On this International Day Against Drug Abuse hear what these stars have to say.

Sanjay Dutt: The Doctors Were Surprised He Was Alive After All The Drug Abuse

When it comes to the topic of drugs, the first star that comes to everyone’s mind is actor Sanjay Dutt. Especially now that the biopic on his life, Sanju is all set to release and so much is being written about it. We all know the effects that drugs had on Sanjay Dutt’s life. It was because of drugs that he lost almost everything he had in life, from his health, to the women in his life, to his career and even worse; he couldn’t be by his dying mother’s side, since he was deep into drugs at the time she was hospitalised with cancer. Sanjay has often spoken about it and said that it is one of his biggest regrets in life. In one of the interviews, Sanjay had said that that there was not a single drug that he did not try and the doctors at the rehab in America were surprised that he was even alive! He was quoted as saying; “Substance abuse is something that you do if you want to do it. Once you get into it, it’s very difficult to leave. It is the worst thing in the world.”

Sanjay was one of the lucky ones to come out of it and as director Rajkumar Hirani recently told HotFridayTalks.com in an interview, Sanjay absolutely detests the word drug today. “He is completely out of it and hates it because of what it did to his life. If he sees anyone doing drugs anywhere, he stops his car and goes out to them and gives them his own example of how he lost everything because of drugs. He makes an effort to stop them right there,” says Hirani.

Ranbir Kapoor who will soon be seen playing the role of Sanjay Dutt in actor Sanjay Dutt’s biopic was questioned at a recent interview by HotFridayTalks.com, about whether he has ever tried drugs. Ranbir confessed, “Of course I have been tempted and I have tried drugs in college when I was into bad influence. But I realised that it leads you nowhere, there is an important message in Sanju too that drugs can completely ruin your life. This is an important message in the film, it is a good learning that it is the worst decision, that five minutes of pleasure can destroy your whole life. Sanjay Dutt fought and became a star but not everyone is lucky. Though I did not try a heavy drug, thank god but I realised early that if that is the life I chose, my life would be destroyed.”

Fardeen Khan: His Only Addiction Now Is His Family

Fardeen Khan had a glamourous launch in Bollywood and was riding high on success until drugs took over his life. Fardeen was arrested with Cocaine in 2001 and had to fight a long and dirty battle. Luckily though Fardeen realised where his life was headed and stopped right there. He mended his ways and today he’s a happily married man. Fardeen said in one of his interviews that any mind-altering substance creates a lethal dependency and before you know it it completely sucks you down. He says that addiction is not cool at all and if at all one wants to be addicted then it should be an addiction to one’s family!

Prateik Babbar: Drugs Confined Him To His Bed

In one of his interview actor Prateik Babbar opened up about how drugs ruined his life. So much so that even a simple act like getting out of his bed seemed almost impossible because of all the nausea he felt after taking drugs. Like everybody else he lost everything from friends to girlfriends and career. Today he is out of it and his career graph is going up

It’s just not our Bollywood stars, some of the Hollywood celebrities too have spoken out about how drugs ruined their lives. From Jac Efron who battled his drug and alcohol addiction, Ed Sheeran, Nicole Ritchie and Eminem Eminem whose organs almost shut down, have only one thing to say; Stay away from drugs because all it leads you to is destruction and death!

Yes, before you even think of getting into it, think of your families and think of all the people in your lives who will be affected because of your one stupid decision to take drugs!

Yash Chopra’s 86th Birth Anniversary – His Love For The Swiss...