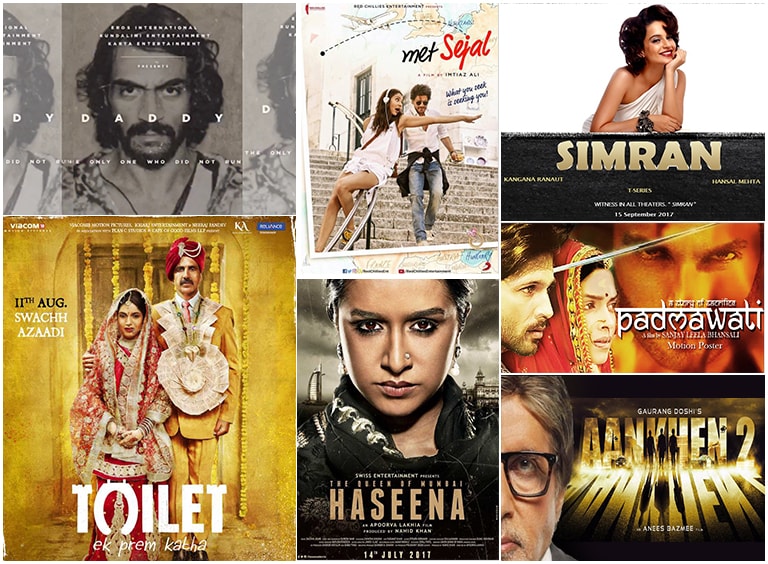 To the movie buff, few things are more important than the film releases of the year. They await good cinema as much as the other festivals and celebrations that come with each year.

We present you with a crisp list of Must Watch films of the year 2017.

Imtiaz Ali has managed to create his own brand of love and followers. This film, remained unnamed for some time, and its naming has created more speculation about the plot. Shot at some picturesque locations in Budapest, and led by Shahrukh Khan and Anushka Sharma, this film seems already to have become a hit. It promises large audience and larger than life love story on 4th August.

Ek Prem Katha- To be released on 11th August, this film revolves around the story of a simple man and his progressive wife and their ordeal with traditional problem of open defecation.

Another biopic on the criminal world, set to release on 18th August, is the story of Dawood Ibrahim’s sister Haseena Parkar, with the lead played by Shraddha Kapoor and directed by Apoorva Lakhia.

Kangana Ranaut will be out to give another hit with Simran on 15th September. The film is directed by Hansal Mehta. Though the trailer is reminiscent of Queen, the film promises a new story of the same mould; a young girl on her own terms.

A remake of Jon Favreau’s 2014 film of the same name shows Saif Ali Khan in a new avatar. By the director of the hit film Airlift Raja Krishna Menon. The lead rediscovers his love for cooking and food. So watch this film, to be released on 6th October, for inspiration to follow your dreams.

Aankhen (2002) was based on a bank robbery by 3 blind men. After 15 years, the franchisee is out with a second film, set in a casino in Cape Town. Starring Amitabh Bachchan, Arshad Warsi, Anil Kapoor and Arjun Rampal, and directed byAnees Bazmee, the film is set to be released on 19th October.

Sanjay Leela Bhansali will create cinematic magic on 17th November with the story of Rani Padmini, Rawal Ratan Singh and Alauddin Khilji. Known for distorting historical facts, Bhansali’s films do create awe among the audiences for their awesome sets, drama, and larger than life imagery.

The year will see many other releases like Baazaar, Judwaa 2, Bhoomi, Lucknow Central, Poster Boys. 2017 promises to be a film-goer’s year.

Share your favorite 2017 releases with us in the comments below. And watch out for more exclusive news as we follow the best releases of 2017.