HotFridayTalks
Home Celebrities Did You Know Trump, Proposed To His Wife Melania, At The Met... 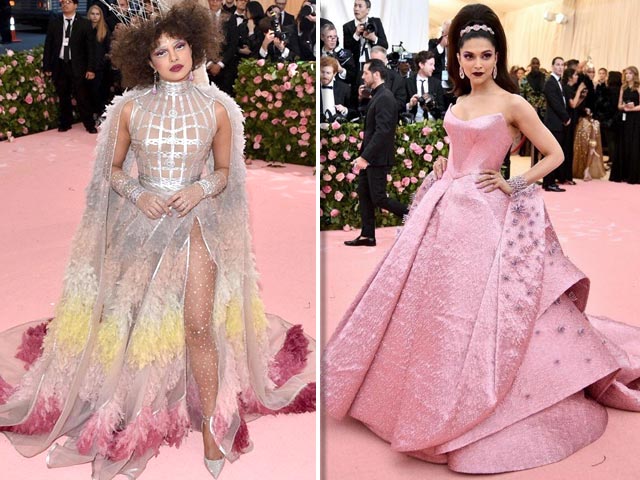 And if you thought Priyanka went over the top with her outfit, we’re wondering how Katy Perry managed to sit down for dinner! Katy came dressed in two chandeliers, one on her head and one around her waist, complete with lights that lit up! She later changed into a giant burger costume. While Cardi B came dressed in what we Indians would say resembled a ‘beetroot dosa’ kinda dress, she wore a floor-length oxblood dress, that needed almost five people to help her carry it. It was Kim Kardashian’s wet look that caught everyone’s attention, she came complete with beads giving the impression of raindrops washing over her nude body. Though in the 70s, Cher stole the spotlight too in a similar looking nearly nude gown.

For the rest of us mortals, the Met Gala has been interesting just to watch pictures and videos of all these people wearing their own weight in diamonds and feathers. During the 2016 Met Gala, the theme was Manus ex Machina, and almost the entire Jenner-Kardashian clan came dressed in sparkling Balmain motherboards! And it was at the 2004 Met Gala, where President Trump proposed to his wife, Melania. Who can forget how Trump proposed to Melania with a 15-carat, emerald-cut diamond ring, worth $1.5 million!

How Are The Celebrities Invited?

The Met Gala is invitation only, and there is a long waiting list. While some celebrities have to buy the ticket, some don’t, as the brands they endorse often pay for the table. But even if a company buys a table, it cannot choose everyone who sits at its table. The list is handpicked by Anna Wintour, the Met Gala’s chair and it must clear the guest and get an approval by her and Vogue. Wintour is an extremely important figure at the Met Gala since she took things to the next level after she became a co-chair in 1995. She turned the Met Gala into a competition to the world renowned Oscars and that’s not all it’s raised a great deal of money too, so much so that the Costume Institute wing has her name on it! So you want to go to the Met Gala? Get into Anna Wintour’s good books first!

If celebrities are invited to the gala by a brand, they have to wear clothes from that brand.

Here’s What Actually Happens At The Met Gala?

Since the last three years, posting on social media has been banned after the red carpet and photographers from the press aren’t allowed inside the event too. Vogue has exclusive access to photos from the actual party and later even does a special stand-alone issue on the same.

But what mostly happens at the Met Gala is, guests arrive on the red carpet (This year the carpet was a rose pink) and explore the gallery first before dinner. They have performances post that. This year Cher was cheered on by the attendees for her super performance.

1min clip of Cher singing I Found Someone at #MetGala. 📽 by @pauletteakapauly. Thank you for this surprise ♡♡♡♡

Though the documentary The First Monday in May, claims that inside the Met Gala, Anna Wintour dislikes people using their cell phones and she also bans things like parsley and bruschetta as parsley can get stuck in your teeth and bruschetta can fall on your dress!

Well, I don’t like bruschetta or parsley and I can leave my phone behind! Ms. Wintour am I invited next year? 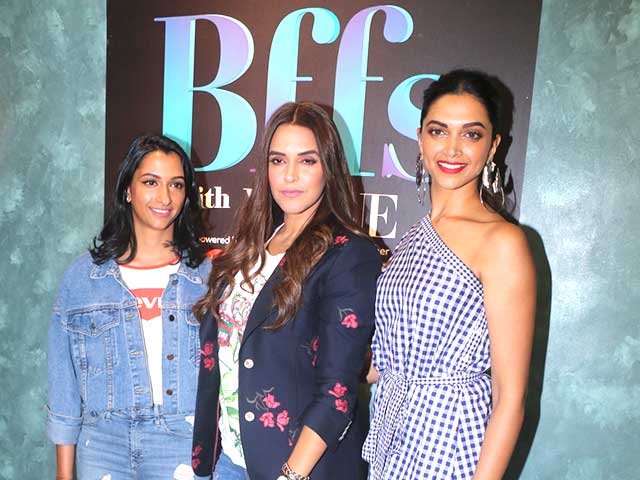 Padukone Sisters Along With Neha Dhupia, Spotted On Sets Of “BFFs...