HotFridayTalks
Home Celebrities Bollywood Couples Besides Shahid And Mira Kapoor Who Have Walked The Ramp... 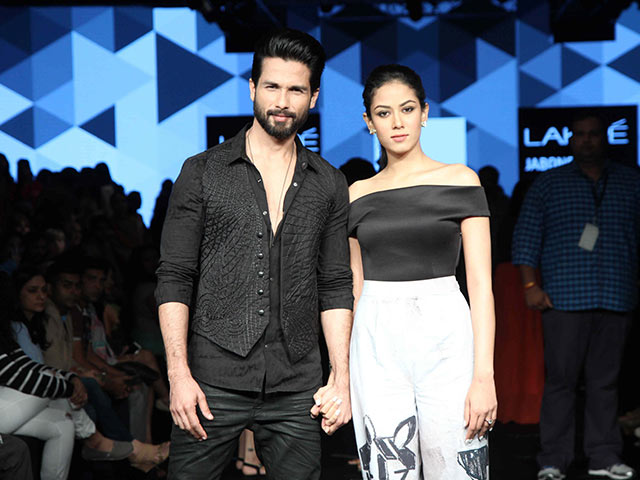 We cannot stop fangirling over our favorite celebrity couples. They make us go all weak in the knees and give us major couple goals. Virushka has been stealing our hearts since forever now and so are Ranvir+Deepika. But what’s better than celebrity couples who rock the ramp walk with all their bling, glamour and designer apparels? We can never get enough of them, can we? Yes, it’s as good as it gets!

We also haven’t yet recovered from the latest Shahid-Mira walk as showstoppers at the Lakme Fashion Week 2018 for famous designer Anita Dongre. Dressed in white, they surely looked like people out of a fairytale. Before this, Mira has attracted paparazzi for her elegant and chic style statement. Mira cannot get enough of the instant stardom awarded to her, and we are only too glad for them.

Lets check-out other power-packed celebrity couples who have set the ramp on fire.

King Khan is the hero Bollywood needs. Even after 3 decades of his acting career now, women swear by him, because well, “kuch kuch hota hain!”. We have all idealized SRK and Gauri Khan’s love story. The journey from being childhood sweethearts to walking hand in hand for Karan Johar’s new clothing line along with designer Varun Bahl has been delightful. They were seen sizzling the ramp together at the HDIL Couture Week finale back in 2009. Gauri, in spite of being from a non-filmy background, have always been on the limelight, thanks to the production house she runs along with hubby SRK and her own career in interior designing.

This shouldn’t come off as a surprise since Arjun Rampal is a former model and his sweetheart is a former Miss India. The Bollywood Heartthrob with his irresistible charm sailed on the ramp alongside the absolutely mesmerizing Mehr jessia for a Mumbai Charity show, which was a major success. Their supremely royal outfits were designed by Rohit Bal. Though not a star like Arjun, Mehr has always attracted attention for her sense of style.

Although things did go downhill with them, but we cannot deny that they were adorable and complimented each other like bread and butter! Sussanne herself hails from a popular family background, the limelight hence wasn’t anything new for her. They have rocked the ramp twice, with audience going agape. First, they walked at the IIFA fashion extravaganza in 2009 for Farah Khan Ali and then for Jarger LeCoultre in the same year.

Donned in a grand saree Manyata graced the ramp alongside husband Sanjay Dutt at The Leela for the Geetanjali Ticket to Bollywood in august, 2011. Manyata gained instant limelight and fame, walking hand in hand with his super star. Could it be any better?

Bollywood stars are a popular option as showstoppers for fashion shows, and when the showstoppers are such power packed couples, the audience can’t help but applaud. Bollywood is finally taking its fashion very seriously. You are after all what you wear!