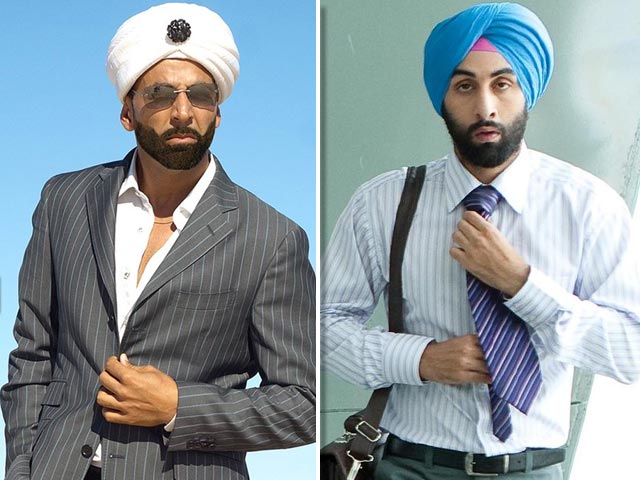 Guys in turbans look hot don’t they? No wonder then, a lot of our Bollywood heroes readily don the turban for their characters in movies. Very soon Aamir Khan will be wearing a turban too for his next film. There are many actors who have played a Sikh and  worn a turban in the movies. Here’a a list of actors in their cool turban looks.

Akshay Kumar Dons The Turban Look With Pride In Kesari

Akshay Kumar wears the turban in his upcoming film Kesari. This is not the first time Akshay has donned the turban, he had worn it in Singh Is King and its sequel Singh Is Bling. Kesari is an upcoming Indian action war film starring Akshay Kumar and Parineeti Chopra and directed by Anurag Singh. The film is scheduled to release on 21st March 2019.

Anupam Kher In The Biopic – The Accidental Prime Minister

Anupam Kher is another celeb who has recently been posting pictures on his social media wearing a turban. He is playing the role of the ex-Prime Minister Manmohan Singh in a film titled The Accidental Prime Minister. This film released this year and raked a good amount at the box office.

Junior Bachchan Played A Sikh For The First Time

Abhishek Bachchan is in the Bollywood news for sporting a turban for the first time in his upcoming film Manmarziyaan directed by Aanand L Rai. It is speculated that through this movie, Abhishek is making a comeback. Turban seems to suit Junior Bachchan in the movie.

The Nawab played the younger version of Rishi Kapoor in the movie Love Aaj Kal where he played the role of a Punjabi ‘munda’ who falls in love with a girl at first sight. This was a 2009 India romantic – comedy drama which was a huge hit at the box office.

Ranbir Kapoor In Rocket Singh: Salesman Of The Year

Chocolate boy of Bollywood played the character of a Punjabi salesperson in the movie. Rocket Singh is a 2009 Indian comedy film directed by Shimit Amin. His look was completely different in this movie and a change for the audience.

This is the first actor that comes to mind when anybody talks about a Punjabi character. This was 2001 movie starring Sunny Deol and Amisha Patel in lead. Based on the India Pakistan partition era, this movie left a mark in the Bollywood industry because of its superb storyline and acting.

Which character is your favorite?

Best Dialogues Of Aamir Khan: When He Spoke And The World...