HotFridayTalks
Home Celebrities Bollywood Celebrities Who Are Popular For Their “Panchayati” Habits! 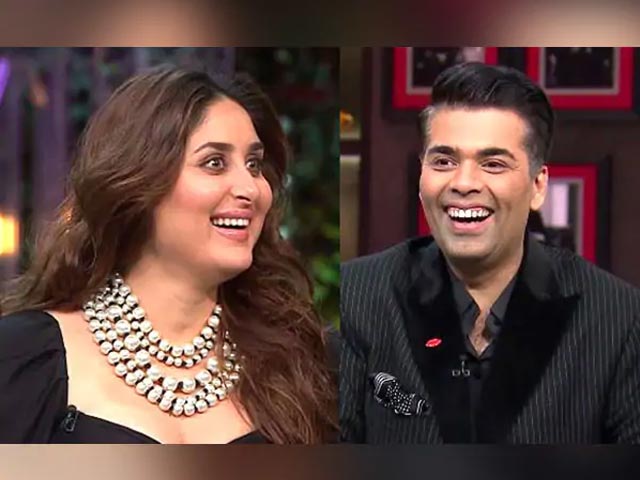 So, we have already established how we are going to celebrate the National Panchayati Raj Day in our previous article here. We are taking the liberty of considering today the day of the famous Indian slang “Panchayat” instead. Now, there are many amongst us who love to do “faltu ki Panchayat”, don’t we? But it is also not a hidden fact that there are many celebrities in the Bollywood industry who are known for their “Panchayati” habits! To do Panchayat can be both, doing a lot of gossip or poking their nose into anything and everything.

Karan Johar – The King Of Coffee And Gossips

Karan Johar is an unapologetic gossip monger. He speaks his mind and does so without any inch of discomfort or fear. He knows everyone in the industry and what they are doing. On his own chat show Koffee with Karan, he has time and again accepted that he is quite a sucker for gossips when it comes to Bollywood celebs. The known fact also is that he is the source of information (Gossip) for most Bollywood Celebrities.

Kareena Kapoor – Bebo Got To Gossip!

Kareena is known for her blunt nature and favorite pastime- gossiping. She has always been excessively outspoken and has said bad to very bad things about others in the Industry. From Deepika Padukone to Priyanka Chopra, she has taken a dig at everybody time and again. She loves to talk and we know that by her appearances on talk shows. What we also know about her is that although she loves to gossip about other celebs in the industry, she does not prefer mingling much with them.

Rakhi Sawant – The Synonym Of Panchayat!

She’s one of the biggest gossipmongers in the industry and loves to openly speak about it. Rakhi Sawant doesn’t have much to her credit when it comes to work; she survives in the glam industry solely because of her Panchayat talents. She loves to speak rubbish and create drama over media and television. She likes to have a say about anything and everything whether or not it concerns her.

Rishi Kapoor has written an autobiography called ‘Khullam Khulla: Rishi Kapoor Uncensored,’ released back in January, 2017. Rishi Kapoor is just like his book- bold, confident, and unapologetic. He goes by the principle of Tit for Tat. He is extremely critical of the younger generations who according to him have degraded the level of performances. He is also very active on Twitter and has been found to give very bold and offensive responses to his critics.

The last in the list is the son of previous celebrity on the list. Yes, it’s Ranbir Kapoor! Ranbir Kapoor is known to enjoy gossips A LOT! He is very close to Karan Johar and unsurprisingly Karan is his source of all the gossips. So much so, Karan Johar claimed that Ranbir knows his phone’s passcode and would read every chat message on Whatsapp in the hunt for latest Bollywood Gossips. Well, that’s a whole new level of Panchayat!

Somehow I did not add Kangana Ranawat and Swara Bhaskar on the list for they aren’t exactly known for gossiping but oh do they talk? The two ladies talk so much that everyone in India has hoped for them to shut up at one point or the other! Enough of that Panchayat, already!

Celebs or not, doing Panchayat comes naturally to almost everyone around the world. It’s just where you decide to draw a line matters. These celebs definitely did not draw any! But good thing is that, they end up entertaining us anyway!