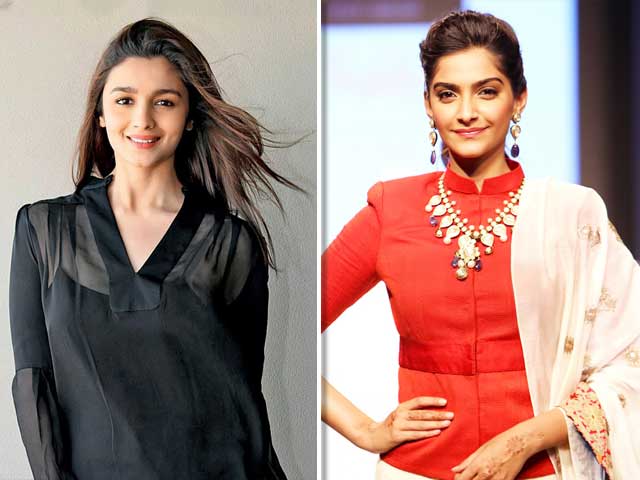 In our male-dominated country, it’s a given that it’s the sons who keep the family name alive; “Doctor ka beta doctor, engineer ka beta engineer, actor ka beta actor…etc.” or then there are songs like, “ Papa Kehte Hain Bada Naam Karega, Beta Hamara Aisa Kaam Karega..” It’s always the beta who gets a mention, thanks to our patriarchal society!

But times are changing now, so move over boys… presenting some kick-ass girls from Bollywood who are successfully following the footsteps of their actor fathers and making them proud.

Though not an actor but a director, Mahesh Bhatt sounded like every bit the proud father when he exchanged a Twitter message with his daughter, the very successful and talented actress Alia Bhatt.

These love soaked words moved me to tears. Love you my child !!! https://t.co/auta9MZgaT

This was in a reply to Alia’s Tweet to share the song and an anecdote about how personal the song is to her. She expressed that the song reminded of her relationship with her father Mahesh Bhatt

#Dilbaro is a song that made me tear up the first time I heard it.. the lyrics are simple, powerful and just beautiful. Written by the maestro Gulzar Saab. I couldn’t help but think of my father who’s held my hand but also let my fly.. my most special friendship! Love you papa💫

Like Alia, there are other Bollywood actresses who have and still are carrying their actor father’s baton forward.

Though Sara Ali Khan has no releases as yet, she has started her acting journey with Kedarnath and Simmba. Sara plays the female lead opposite Sushant Singh Rajput in Kedarnath and opposite Ranveer Singh in Simmba. As told to HotFridayTalks, com by Saif during one of his interviews, Sara apparently is very dedicated and focused on her career.

The fashionista that she is, Sonam Kapoor makes heads turn wherever she goes. That’s not all, Sonam has proved herself as an actress with her films like Neerja, Prem Ratan Dhan Payo, Raanjhanaa etc. Even though her younger sibling Harshvardhan Kapoor has joined the acting bandwagon, Sonam was the first among actor Anil Kapoor’s children to become an actor. This superfit father and daughter jodi are all set to share screen space for the first time in Ek Ladki Ko Dekha To Aisa Laga.

In one of his interviews, Shakti Kapoor had proudly said that his daughter Shraddha Kapoor is her own boss! That stands true as this boss girl has made in on her own in Bollywood without the help of her father, unlike other star kids who are mostly launched by their father or are recommended by them. From a small role in Teen Patti to playing Haseena Parkar, Shraddha has made a mark of her own.

This father-daughter duo has been promoting the Beti Bachao Beti Padhao. The one minute film, titled Mauke Ke Pankh, is directed by Shatrughan Sinha’s son Kussh Sinha and is inspired by the government’s Beti Bachao Beti Padhao campaign. The film features Sonakshi Sinha in three avatars – an astronaut, a boxer and a lawyer and has voice over by Shatrughan. Sonakshi who is Shatrughan’s youngest child chose to walk the path her father did many years ago and she has been very successful even more than her twin brothers when it comes to acting.

Shruti and Akshara Haasan, actor Kamal Haasan’s gorgeous daughters make their father proud not just of their acting but as singers too! While Shruti has acted in several Telugu films and also Bollywood films like D Day, Gabbar, Dil To Bachcha Hai Jee, Ramaiya Vastavaiya etc. she’s also a trained singer. Akshara who is the younger of the two has acted in films like Shamitabh and Laali Ki Shaadi Mein Laddoo Deewana. Besides acting, she has assisted director Rahul Dholakia in direction.

Rajesh Khanna’s daughters’ Twinkle and Rinke Khanna too choose acting as their career, so did Randhir Kapoor’s daughters Karisma and Kareena Kapoor and Dharmendra’s daughter Esha Deol. The father-daughter relationship is one of the most special relationships and when it comes to these Bollywood fathers and daughters too it’s no different. These girls make their fathers proud and prove that ‘Beti hamari aisa kaam karegi!’ So, guys, it’s time you changed the lyrics!