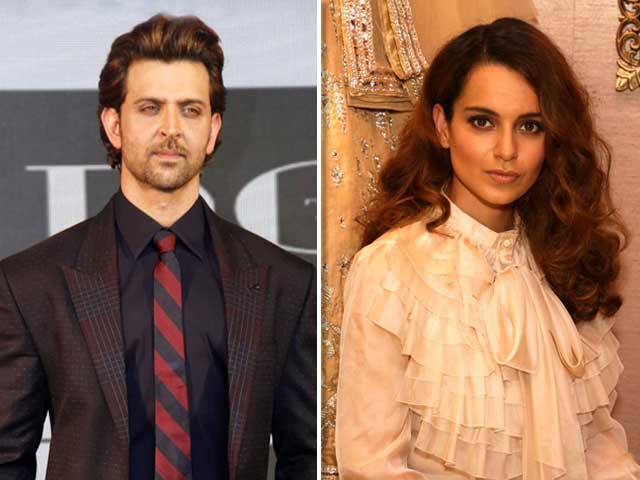 Looks like Biopics are the order of the day. 2018 is going to be a year of biopics with so many films being made based on the lives of people. It’s not surprising as we have a whole lot of talent in our country and biopics are also interesting and engaging. Though there are times when a biopic doesn’t go down too well with some people, like in the case of Padmavat, which was based on the life of Rani Padmavati. We all know what happened prior to the release of the film, don’t we?

But all said and done, films based on the life and times of well-known personalities have always been well received by the audience and have done well at the box office too. That’s perhaps why every second film in Bollywood is a biopic these days.

Many of the actors from Ranbir Kapoor to Ranveer Singh, Kangana Ranaut to Richa Chadha are working in biopics too this year.

Ranbir Kapoor will be seen playing actor Sanjay Dutt in a film based on his life in Rajkumar Hirani’s Sanju. Sanjay life has been a colorful one, full of ups and downs like the director Rajkumar says; Sanjay’s life is like a book which has all the genres rolled into one! The film is scheduled to release on 29 June 2018.

Actor Anupam Kher essays the role of former Indian Prime Minister Manmohan Singh in the film titled The Accidental Prime Minister, based on Sanjaya Baru’s book by the same name. Anupam’s look from the film has been doing the rounds of social media and it is absolutely difficult to recognise the actor as he is a splitting image of the former Prime Minister in the getup from the film. The film is slated to release sometime next year.

The very bold and outspoken, who is as courageous as Kangana Ranaut the Jhansi Ki Rani, when it comes to making a point and standing up for what is right, is but the right choice to play Rani Laxmibai or Jhansi Ki Rani as she was called, in the upcoming film ‘Manikarnika: The Queen of Jhansi’. Kangana will be seen in the avatar of the brave Rani Laxmibai who was the first woman leader of the first Indian war of Independence in 1857. The film will hit theaters on will 27 April 27, 2018.

After his outstanding role in Padmavat as Alauddin Khilji, Ranveer Singh is all set to play former Indian cricketer Kapil Dev in a film based on the cricketer’s life mainly the time during India’s 1983 Cricket World Cup win. Ranveer has already started shooting for the film and the film is set to release on 9 April 2019

We’ve earlier seen him play a magician in Guzarish and this time around Hrithik Roshan will be playing a mathematician in a film titles Super 30, which is based on the life of mathematician Anand Kumar, the founder of the initiative Super 30. Anand selects 30 talented candidates each year from economically backward sections of society and trains them for the IIT-JEE entrance exam. The film was earlier slated to release on 23 Nov 2018 but has now been postponed to 25 Jan 2019.

Though there are fresh reports about this biopic based on the life of badminton champion Saina Nehwal, it will be interesting to watch actress Shraddha Kapoor play the role of Saina in her second biopic. In her first biopic based she was seen portraying the mafia queen of the underworld, Haseena Parkar. Apparently, Shraddha has been training in hard in badminton for the film to get the nuances of the game correct and make the role look more convincing. The film we hear has been delayed and the release date has not been fixed as yet.

Biopics based on sportspersons is a tried and tested formula in Indian movies. The films based on the lives of sportsmen or women have almost always been a hit at the box office. Diljit Dosanjh will be seen as the Indian hockey legend Sandeep Singh in Soorma. The film will release on 13 July 2018.

Actress Richa Chadha will be seen playing the lead role in a biopic based on actress Shakeela. Shakeel an actress from Kerala, is famously known for the adult films that she did around the 90s. She also acted in films on several other languages like Tamil, Telugu, Malayalam, and Kannada. The film will be releasing by the end of this year.

The 2018 film will be based on the music emperor Gulshan Kumar, who will be played by Akshay Kumar!

Actor Harshvardhan Kapoor will be seen playing the professional shooter and World and Olympic champion Abhinav Bindra in a biopic. Abhinav’s gold medal has inspired an entire generation of shooters and according to the filmmakers of the yet to be titled film, the motive behind making this film was to encourage more and more young people to take up the sport of shooting as a profession.It is being reported that Abhinav is actively involved in the making of the film and may even make an appearance in the film. What’s more interesting is that Harshavardhan will be sharing screen space with his father, actor Anil Kapoor for this biopic. The film is likely to go on floors this October and release sometime in 2019.

While there were reports that Aamir Khan too would be doing another biopic based on the life of Indian astronaut Rakesh Sharma, Aamir is said to have walked out of the film and there are reports that the makers are in talks with Shah Rukh Khan for the same. There are also talks about Akshay Kumar doing a biopic on the music mogul, Gulshan Kumar, titled…yes, Mogul! However, we have no confirmations regarding these films.

I would love to watch a biopic on the late Sridevi or maybe Salman Khan! Whose life would you like to watch come alive on screen? Do write to us and let us know…we’ll put in a word! ( Just Kidding! 🙂 )

Read Also: Deepika, Priyanka Or Alia Who Will Play Kalpana Chawla In The Biopic?

All You Need To Know About Siddhant Chaturvedi – MC Sher...