HotFridayTalks
Home Celebrities Blast From The Past: Did You Know About Dilip Kumar, Amitabh, SRK’s... 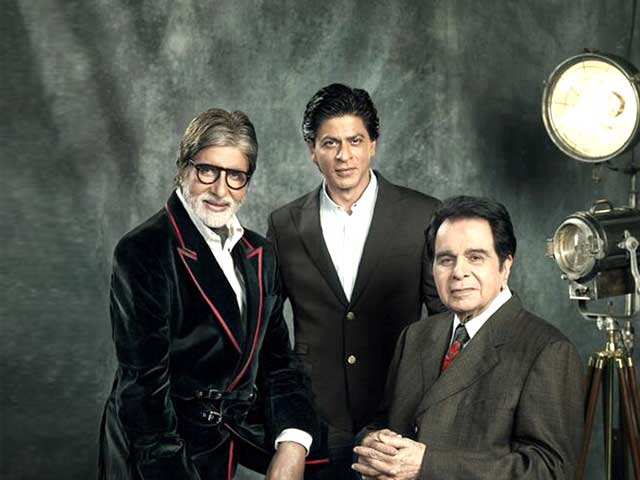 If you thought you knew Bollywood in & out, are moreover a big fan of Shah Rukh Khan or Amitabh Bachchan or Dilip Kumar, here’s something that’ll definitely make you do a double check!

A war film was under talks by director Subhash Ghai in 2003 with three of the biggest Bollywood superstars Dilip Kumar, Amitabh Bachchan and Shah Rukh Khan. The director had even a title for the film, which was to be called ‘Mother Land’, however, he had to shelve it. Wanna know why? Read on.

“In 2003, I wanted to start a war film called ‘Mother Land’, where I had cast Dilip Kumar, Amitabh Bachchan and Shah Rukh Khan. The script was ready and three songs were also recorded, but at the last minute Shah Rukh backed out,” Ghai revealed in a PTI interview.

SRK wanted a solo-hero project back then and hence the dream project could not go on floors. Can you believe it?

The film was exclusively actually written for Dilipji, Amitabh Bachchan, Shah Rukh by Ghai. Aishwarya Rai, Preity Zinta and Mahima Chaudhry were on his wish list as the film’s leading ladies.

Wait, we are not done yet! Here’s another ‘Blast from the Past’ for you.

Other than ‘Mother Land’, there was one more film that Ghai wanted to direct with Shah Rukh and Jackie Shroff which did not take off. It was called ‘Shikhar’ and was a love story with a war backdrop. Ghai had done the muhurat too and recorded a song after signing A R Rahman. ‘Ishq bina kya jeena yaaro’ was a song from ‘Shikhar’, which eventually became one of the most popular songs from his ‘Taal’.

Ishaan Khatter – A Superhero In The Making Beyond Bollywood?