HotFridayTalks
Home Celebrities “This Is The Beginning Of Very Exciting Things To Happen For Women... 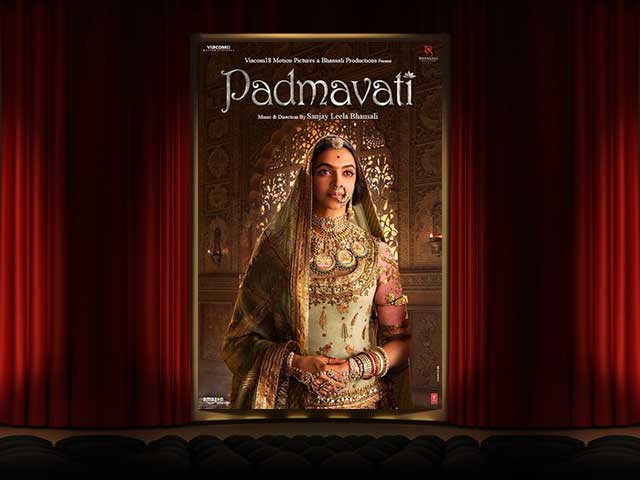 At a heavily guarded event that was held at a suburban multiplex to release the 3 D trailer of the much-awaited movie of the year Padmavati, starring Deepika Padukone, Ranveer Singh, and Shahid Kapoor, Deepika spoke about her challenging role in the film, her dance moves in ghoomar and much more.

About challenges on playing Padmavati

Deepika as Padmavati looks absolutely stunning in the trailer of the film. On being asked about how challenging this role has been for her, she said; “ This role is very different for me, even though I have done something like this in Bajirao Mastani, that was more of a warrior princess and it had more of an aristocratic sense but Padmavati does not have any armour and while the intensity, the purity, and spirit is similar and very real and relatable, but it was very difficult. As Mastani it was easier for me to actually show how to fight a war with a talwaar in my hand and show what it is to go and fight a war, but how do you fight so much more than just a war? As Padmavati, you are standing up for love, passion, culture and that was the challenging part because I had to do that with just emotions, no armor.”

Deepika also said that she has been living this for almost two to three years now because even though the physical shoot or work on the film starts much later, the mental and emotional work on it starts much earlier when it is a Sanjay Bhansali film. “Sanjay Bhansali sir, plants the thought in your head first much before the film starts and that’s how work on the film actually starts taking place,” says Deepika.

About Her Look In Padmavati

We have been conditioned to think of beauty in a certain way. It takes an immense amount of belief for all of us to take that risk when it comes to the look of Padmavati, but I am glad about what we did. I am glad we did the unibrow look etc.it takes an immense amount of belief to take a risk like that because that’s not the way our audience is conditioned to look at beauty. Having said that Padmavati is beyond physical beauty, it’s her soul, her spirit, it’s what she meant for her people. We have to give her that due and credit and keeping all of it in mind we have made this film. Padmavati is hugely inspiring.

She’s done all forms of dancing in her films and the latest one is the folk dance ghoomar in Padmavati. I focussed on learning the essence of Ghoomar itself. For two days we tried to set the choreography as Sanjay sir said that when we go on set we should be prepared but that did not happen. I just learnt the essence of the folk dance Ghoomar and then we went on set and just went with the flow. Deepika also mentioned that they did not count the number of takes. She also says that she didn’t think of the heavy headgear she wore while dancing. “You have to switch your mind from all of that. While shooting it’s all about the energy that I am feeling. It’s only after the shoot or pack up we realize we have bruises and the injuries,” she says.

On women in Indian cinema

Deepika is said to be the highest paid actor in Padmavati but she brushed the topic aside gracefully when she was asked the same and said that at the moment she is just reeling on the reactions of the trailer and Ghoomar. She said, “Talking about remuneration is not what excites me but what I am proud of is that ppl like them have invested in a poster like this and a film of this scale. I have done female-centric films before but this is the beginning of very exciting things to happen for women in films.”

Deepika says that she feels the presence of Padmavati everywhere and the reason why she feels it she says is because even though the film has faced a whole lot of challenges while being made, everything has fallen into place and the film is finally here. ‘I feel her presence and that she’s blessing this film. Nothing and no one can stop this film,” says Deepika.

And we say Inshallah!

From Sanjay Dutt To Ranbir Kapoor Hear What These Stars Have...