HotFridayTalks
Home Celebrities Ayushmann’s Character In “Dream Girl” Is Definitely Not What You Expect! 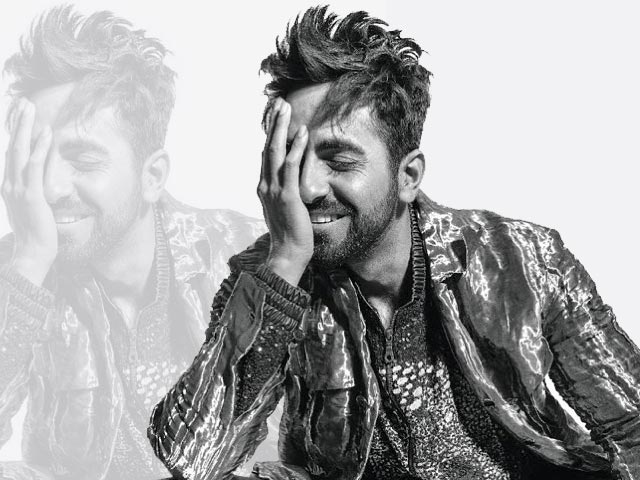 Ayushmann Khurrana will be next seen in the comedy-drama movie “Dream Girl” opposite Nushrat Bharucha. The movie is directed by Raaj Shandilyaan and is co-produced by Shobha Kapoor and Ekta Kapoor under Balaji Motion Pictures. As of now, nothing much has been revealed about Khurrana’s character as Lokesh Bisht/Laajwanti Khurrana, it is safe to highlight the fact that Khurrana has always experimented with his characters in all of his movies.

According to reports, Khurrana will be seen speaking three different dialects of Hindi – general Hindi, Braj Bhasha (which is the Mathura dialect of speaking Hindi) and Haryanvi. Like most of us, Khurrana had never spoken in Braj Bhasha before and has been preparing himself to speak the language with accuracy and fluency.

As in the first-look movie poster, we are curious when we see Khurrana wearing a yellow-golden saree with a black border draped in the traditional style with a ghoonghat. Wearing commonplace hawaai chappals and bangles in one hand, he is sitting on a scooter whose number plate suggests that the movie is based in a small town in Uttar Pradesh. As per reports, Khurrana says that he will be playing the role of Sita in Ram Leela, which has always been traditionally played by men. Khurrana will need to develop a female voice for his character as well to give us an authentic feel to the character. Describing the concept as quite unique, “Dream Girl” is classified as a full-on commercial movie with a number of comic elements.

In most of his movies, Ayushmann Khurrana has played quirky characters with a personal touch of his own. He played the role of a sperm donor in “Vicky Donor”, a man conscious of getting married to a heavy-set woman in “Dum Laga Ke Haisha”, a writer in veil in “Bareilly Ki Barfi”, a young man suffering from erectile dysfunction in “Shubh Mangalam Savdhaan”, a grown-up son finally accepting his aging mother’s sudden pregnancy in Badhaai Ho, and a mysterious ‘blind (maybe)’ pianist who witnesses a murderer in “Andhadhun”.

Ayushmann Khurrana and Bhumi Pednekar… After #DumLagaKeHaisha and #ShubhMangalSaavdhan, the duo to head the cast of quirky laugh riot, titled #Bala… Produced by Dinesh Vijan and directed by Amar Kaushik, the team that delivered the Blockbuster #Stree… pic.twitter.com/t7OcUU6MQO

Speaking of Ayushmann’s further projects, he will been next seen in the movie “Bala”, in which he will play the role of a young man with early hair loss problems opposite to Bhumi Pednekar. He will be seen in another movie by the name of “Kho Gaye Hum Kahan”, about which nothing of importance has been revealed.

In all, 2019 would prove to be an exciting year for Ayushmann Khurrana with three back-to-back movies lined up for release. We wish him all the best for his upcoming movie projects.

Katrina Kaif Is Now Part Of This Big Venture