HotFridayTalks
Home Celebrities All You Need To Know About Siddhant Chaturvedi – MC Sher From... 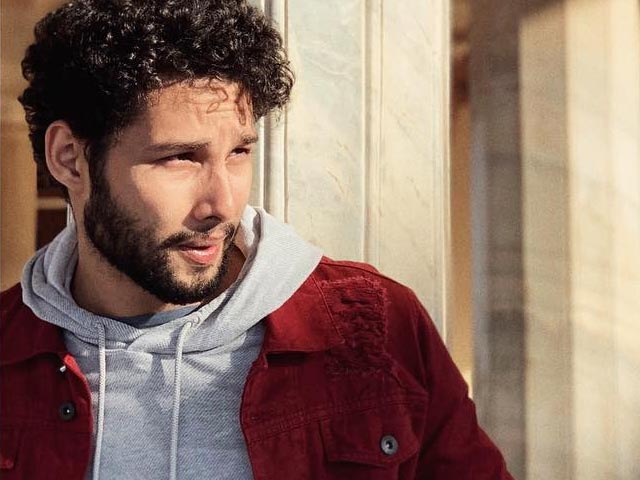 Gully Boy can very well be termed as one of the best movies of the year. Months before the release of the movie, the music of Gully Boy caught the attention of the audience, and even before we knew it, “Apna Time Aayega” was being hummed by everyone. We even have t-shirts printed with the title of the song. Gully Boy, depicts the life of a street rapper, Murad, played by Ranveer Singh, who hails from a ghetto in Mumbai.

However, Ranveer Singh is not just the one who won our heart in the movie. Gully Boy released on 14th February, pretty obviously it won its desired accolades. While the critics went gaga over Ranveer Singh and Alia Bhatt’s performance, MC Sher played by Siddhant Chaturvedi stole the hearts of the audience too. This was his first movie and he has got the country talking about him already for he is the one who introduces Murad to the world of rap. In fact, it is Siddhant’s character who serves to motivate Murad to rise to achieve his dreams.

Siddhant Chaturvedi or MC Sher, as he will be fondly remembered by that name from now onwards hails from Uttar Pradesh. He did have a thing for acting, but little did he know that someday he would make it big. As a matter of fact, he was doing something completely different from the line of acting. Chaturvedi was following his father’s aspirations and preparing himself to become a chartered accountant. He won a talent contest organized by the Bombay Times and it was then when he changed the course of his career and became a devotee of performing arts instead.

All those who have watched the web series by Luv Ranjan called Life Sahi Hai, will know that Siddhant Chaturvedi had the seeds of acting sown in him deep down for that was his first acting gig. That was in 2016 and he worked his way in here by featuring in a small Coca Cola advertisement. Siddhant Chaturvedi is best remembered as the fast bowler called Prashant Kanaujia from an Amazon Prime web series called Inside Edge. The series came out in 2017 and it depicted a fictitious T20 cricket team. In the series, Inside Edge, Siddhant Chaturvedi shared screen space with eminent personalities like Vivek Oberoi, Richa Chadha, and Angad Bedi. Inside Edge was a co-production of Farhan Akhtar and Riteish Sidhwani’s Excel Entertainment. Interestingly, Excel Entertainment has also been behind the production of Gully Boy. Inside Edge won a nomination in the drama category at the 46th International Emmy Awards in 2018.

Long before Gully Boy’s release, Siddhant floored us with his performance in the popular song “Mere gully mein”. Following MC Sher’s Instagram account told us that there is more to this charming personality than just acting. He tries his hand at poetry, and painting is also one of his interests. He is also adept in the art of dancing, martial arts and parkour.

This man of many talents has already made his mark in B town with his debut film. Zoya Akhtar’s Gully Boy has already kick started his career and we are more than excited to watch more of him on the big screen.

Guess Who’s The Companion Of Varun In Coolie No. 1 Remake?