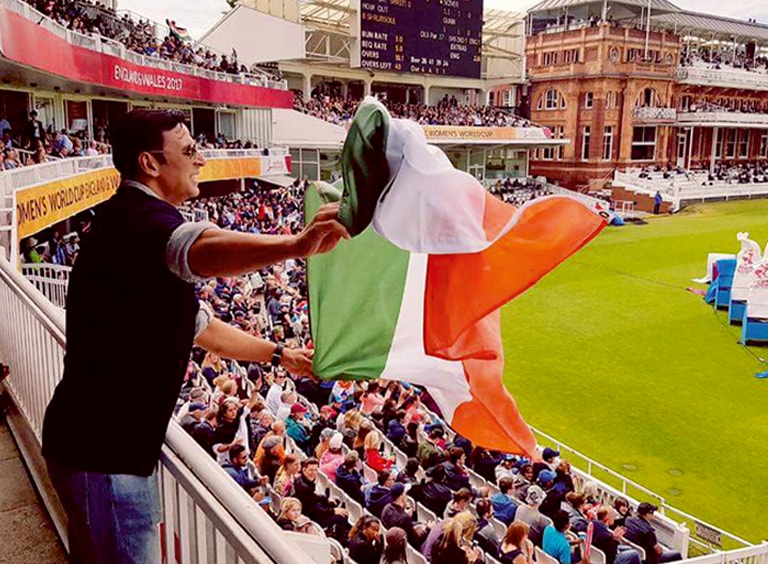 Looks like actor, Akshay Kumar was extremely excited about watching the Women in Blue at the Lords stadium in London yesterday. First he ran barefoot to catch the train from Leeds where he was shooting, to London, so that he would reach on time to watch the match.

This is how excited I am, never in my life have I run for a train barefoot to make it in time for a match!! Come on #WomenInBlue #WWC17Final pic.twitter.com/hYFhTrP6eZ

Then, once he reached the stadium, like any proud Indian, he held up the Indian flag, but unfortunately, in all the excitement, the flag was held wrongly, for which he has sent an apology saying: “Extending my sincerest apology for violating the code of conduct for the tricolor. Didn’t mean to offend anyone, the picture has been removed.” The picture has been removed from all his social media accounts.

It was heartwarming to see the whole nation come together, to cheer for our Women in Blue. Everyone, from young boys and girls, to the elderly were glued to the television sets, eagerly waiting to see which of the two teams, would walk away with the champion trophy, for the Women World Cup, 2017. Some of the Bollywood stars too, took time out from their busy schedules to watch the match on television. Shah Rukh Khan,  Abhishek Bachchan, Sonakshi Sinha, Tapsee Pannu and Varun Dhawan, Farhan Akthar, Bhumi Pednekar etc. took to twitter to wish and cheer The Indian Women’s Cricket Team.

To the Women in Blue for the WWC17 Finals. You make us the most proud. All the best & have a great game. Love to the Ladies.

Watching the World Cup final tomorrow with my volleyball gang..
Come on Girls in Blue.. let’s bring it home. 💪🏽🏏🏆 #WWC2017

According to a source, Akshay , who is shooting in London for his upcoming film, Gold, was very excited about the match and post the match too, he was seen cheering the team up. 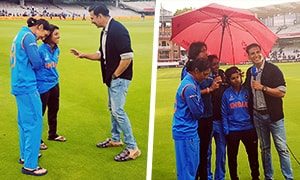 He tweeted an encouraging message for the team that said:  “Even broken hearts can laugh. These women have started a revolution and I couldn’t be more proud.”

We know you’re a proud Indian Akshay, and everyone makes mistakes. 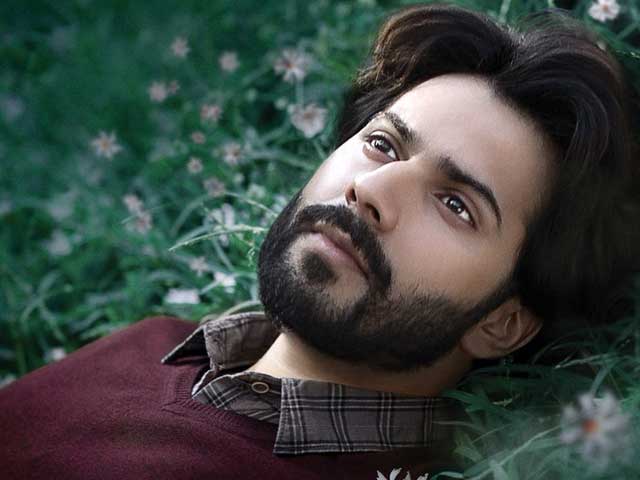 Varun Dhawan Tells Us The Secret Behind Bagging The Role As...