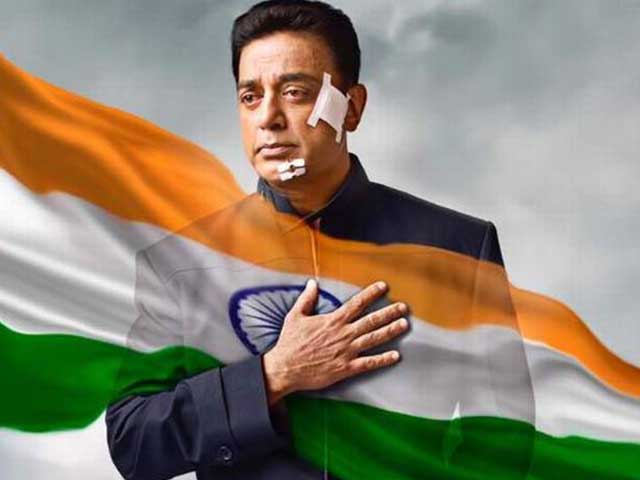 Actor Kamal Haasan’s upcoming film Vishwaroopam 2 has been in news for a quite a while now mostly because the film which was earlier said to release in 2014 was stalled due to financial problems as per reports.

But it seems like the film will finally be released very soon! Kamal Haasan took over the production of the film after things went wrong and the film is finally ready to hit the theatres this year. The original film ‘Vishwaroopam’ was a box office hit and Vishwaroopam 2 is a sequel but if reports are to be believed, Vishwaroopam 2 is said to be grander than the Vishwaroopam.

Directed and produced by Kamal Hassan, the film has been shot in Tamil and Hindi and has been dubbed in Telugu. Kamal Hassan plays the lead role in the film. The trailer of the film is to be launched soon and many stars are coming forward to unveil the trailer.


Actor Aamir Khan will help Kamal Hassan launch the Hindi trailer of Vishwaroopam 2 on 11 June. The Hindi version of the film will be presented by Rohit Shetty and Reliance Entertainment. “The film is very close to me and everyone who is a part of this film has worked very hard. I welcome Rohit Shetty and Reliance Entertainment as the presenters of ‘Vishwaroopam 2’,” said Kamal Haasan in a statement

While Rohit Shetty says that he is excited to present the film in Hindi. “I am extremely excited to be presenting ‘Vishwaroopam 2’ in Hindi. It’s a matter of pride to work with our very own legend Kamal Haasan,” said Rohit.

The Tamil trailer of the film will be launched by Kamal Hassan’s actress daughter Shruti Haasan while NTR Jr will do the honors of launching the Telegu trailer.

Kamal Hassan fans can get ready for celebrations!

Guess What Big Project Is Alia Bhatt Elated About?