There was a time we would understand the story of a movie in the few minutes of trailer just before the movie reel began in the theatre. The trailer gradually started moving to our TV sets and eventually to YouTube. Trailers became shorter, then we had large size front page film posters, and now we have a trend called teasers. Teasers generally have quick glimpses of the movie zooming in and out at a pace faster than light, they have no dialogues and the movie’s theme music plays in the background.

But now we are going to move to a trend where we shall have teasers to a teaser which shall be only 22 seconds LONG and has just pistol shots for our company. That is what Fox Stars apparently has released as the teaser of ‘A Gentleman’ starring Siddharth Malhotra and Jacqueline Fernandes in the lead.
Check out here for yourself. 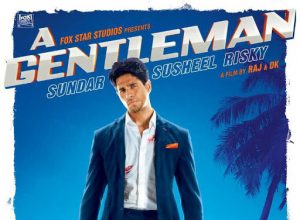 p.s – Jacqueline with Orange and White rose is sure as hell hot 🙂

Roles That Made Fawad Khan An Instant Favourite In Bollywood